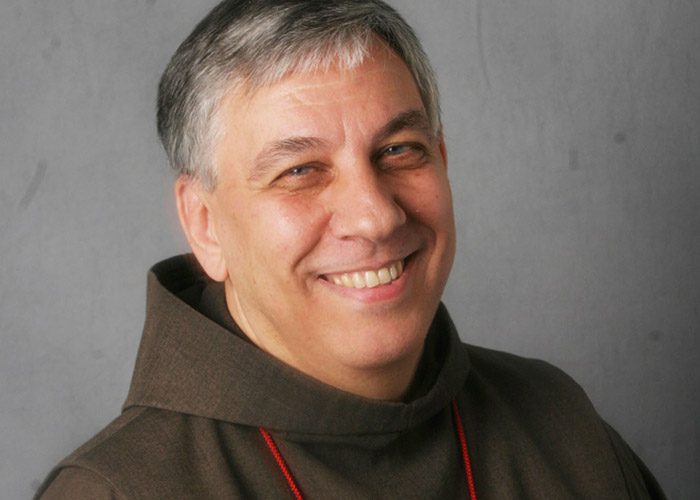 Father James Puglisi originally from Amsterdam, NY, serves as Director of the Centro Pro Unione, a ministry of the Franciscan Friars of the Atonement, which is an ecumenical research and action center in Rome.  He also has been appointed Post-Novitiate Director and Procurator General for a three-year term.

Father Puglisi entered the Franciscan Friars of the Atonement in 1964, was professed in 1966, and ordained to the priesthood in 1973. Puglisi was Associate Pastor at St. Anthony Parish in Hereford, TX. Except for a brief period, most of Father Puglisi’s years as a friar have been spent at the Centro Pro Unione in Rome where he has served since 1973.

In addition to his duties at Centro, Puglisi is professor of ecumenism, sacraments and ecclesiology at the Pontifical Atheneum, San Anselmo, Rome, the Pontifical University of St. Thomas Aquinas and the Institute of Ecumenical Studies, Venice. He has been on the editorial board of Studi Ecumenici in Verona, Italy, and a member of the Lutheran-Roman Catholic Dialogue Commission in Washington, DC. He has served on the Diocesan Ecumenical Commission for Rome and has been on several international dialogues and collaborated with the World Council of Churches Faith and Order Commission. He served as Rector of Collegio San Onofrio in Rome and a Member of the Vatican Ecumenical Commission.

Father Puglisi holds a B.A. and M.A./S.T.L. in Liturgical Theology from the Catholic University of American, the Ph.D. in the History of Religion and Religious Anthropology from the Sorbonne, a doctor of Sacred Theology in Systematic Theology from the Institute Catholique de Paris and a certificate in Ecumenical Studies from Boston University. He was awarded the Doctor of Divinity honoris causa by the Graduate Theological Foundation, where he is a fellow. In 1991, he was named director of the Centro Pro Unione, a position he still holds. He was elected to serve two terms as Minister General of the Friars from 2004-2014.