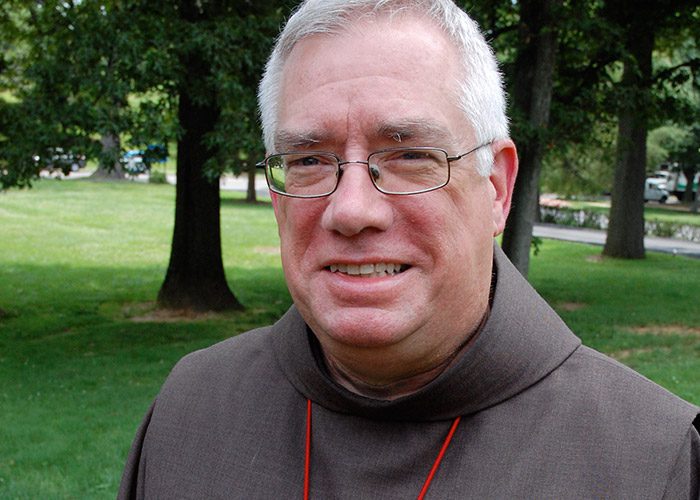 Elected in 2014, then re-elected in 2019 Vicar General & First Councilor, Father James Loughran, SA, is currently Director of the Graymoor Ecumenical & Interreligious Institute (GEII), a ministry of the friars located in New York, NY, and editor of its award winning monthly journal, Ecumenical Trends.

Father Loughran was born in Lowell, Massachusetts, and earned his B.A. at the University of Lowell (now UMASS at Lowell). He professed final vows in 1986. Upon completion of a M.Div. at the Catholic University of America, he was ordained a priest 1989. He served the Friars’ parish near Kingston, Jamaica, also working with the Ecumenical Commission of the Archdiocese of Kingston. Later, he served as parochial vicar at Christ the Redeemer parish in Sterling, Virginia. From 1994 to 2001, Father Loughran was involved in the ecumenical and interreligious life of New York City, serving as Director of the Archdiocesan Commission on Ecumenical and Interreligious Affairs for John Cardinal O’Connor, Archbishop of New York. He has taught in parishes, at St. Joseph’s Seminary in Yonkers, and has given many lectures in ecumenical settings and at synagogues. He is a member of the national United States dialogue between the Catholic Bishops Conference and the three main Jewish denominations and has been a part of the international dialogue conducted between the Holy See and the International Jewish Committee for Interreligious Consultations.